Face-lifted Jeep Compass to be revealed on January 7, 2021 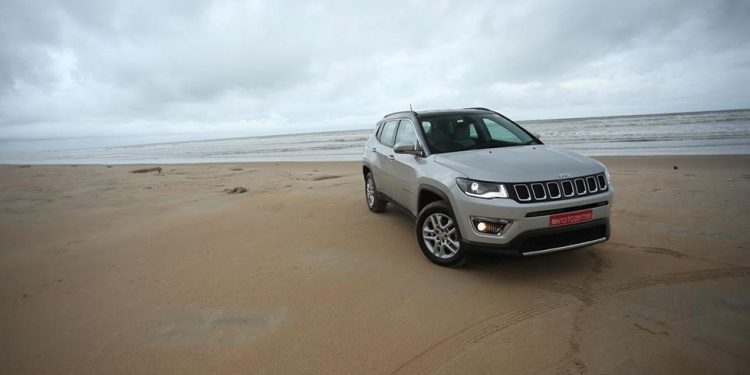 Jeep will finally take the wraps off its Compass facelift early next month – and the brand has been prompt in bringing in the new model to our market, after its overseas debut some months ago.

The new Jeep cars continues to be a looker with those new projector headlamps incorporated with LED DRLs, a revised seven-slat grille with honeycomb-like elements, a redesigned front bumper with a mildly redesigned skid plate and bigger, split air dam with new fog lamp housings. It even features new alloy wheels, but the rest of the silhouette remains the same.

The most notable of changes on the inside includes the new dashboard design, a floating 10.1-inch touchscreen infotainment system, new aircon vents with HVAC controls placed below. This new touchscreen features FCA’s UConnect 5 infotainment system and will also most likely get Amazon Alexa support, wireless Apple CarPlay and Android Auto support. Users will also get over-the-air updates. The quality is bound to improve, and the dashboard will feature double-stitched leather inserts and brushed aluminium accents. You will also find it featuring a new three-spoke steering and big, fully digital instrument cluster.

What about the specs?

Engine options will remains the same for India, which is to say that it will carry forward the 2.0-litre diesel engine that produces 170bhp and 350Nm of torque, while the 1.4-litre turbo petrol engine makes 160bhp and 250Nm of torque. And both these engines will come paired to a 6-speed manual, while the petrol model will come equipped with a 7-speed dual-clutch automatic gearbox and the diesel will get a 9-speed torque-converter automatic option.

After it is launched in India next month, it will take the fight to the Hyundai Tucson and the Skoda Karoq, and expect a Trailhawk variant as well. Also, grab the latest info on the new cars, only at autoX.

Five Tips to Keep in Mind when ...